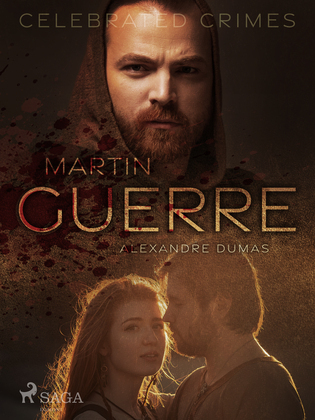 by Alexandre Dumas (Author), I. G. Burnham (Translator)
Buy for $2.99 Excerpt
Fiction Classics Mystery & detective
warning_amber
One or more licenses for this book have been acquired by your organisation details

Martin Guerre’s disappearance has changed him. In fact, he’s no longer Martin Guerre at all.

In this true crime tale, Alexandre Dumas explores an outlandish case of impersonation. The year is 1556, and French peasant Martin Guerre has been missing for six years. But then he suddenly returns, and is welcomed back by his wife and son. But others in the village sense something amiss. They suspect the man is a total imposter.

It's a story that's truly stranger than fiction, and Dumas navigates its many twists and turns with aplomb. An essential for mystery fans.