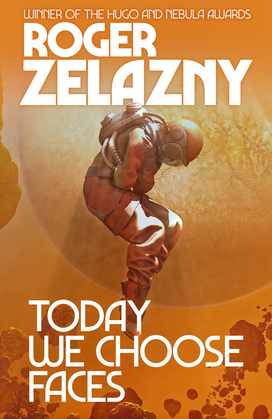 Organized crime magnate, Angelo Di Negri, is a man out of time and place. He’d been gunned down more than a century ago. But through the wonders of cryogenic storage his body had been preserved until such a time as his “family” had need of him and he could be safely revived. That time had arrived. But Angela discovered that not everything was as it seemed and that the fate of mankind would be determined by his success or by his failure. Roger Zelazny was a science fiction and fantasy writer, a six time Hugo Award winner, and a three time Nebula Award Winner. He published more than forty novels in his lifetime. His first novel This Immortal, serialized in The Magazine of Fantasy and Science Fiction under the title “...And Call Me Conrad,” won the Hugo Award for best novel. Lord of Light, his third novel, also won the Hugo award and was nominated for the Nebula award. He died at age 58 from cancer. Zelazny was posthumously inducted into the Science Fiction Hall of Fame in 2010.“A storyteller without peer. He created worlds as colorful and exotic and memorable as any our genre has ever seen.” —George R.R. Martin“. . . his performance was never anything other than dazzling.” —Robert Silverberg“Roger Zelazny’s work excited me. It was intoxicating and delightful and unique. And it was smart.” —Neil Gaiman