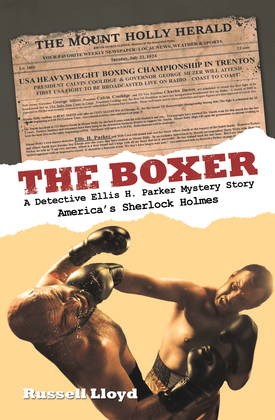 “The Boxer” is a fictional crime novel based on Detective Ellis H. Parker’s career, a real detective who was commonly called America’s Sherlock Holmes during his lifetime. He solved 288 of the 300 major crime cases he investigated. He also handled thousands more in his career as the Chief of Detectives in Burlington County, New Jersey. Later in his life, when the Lindbergh baby was kidnapped allegedly by Bruno Richard Hauptmann, Parker was asked by the New Jersey Governor to join the New Jersey State Police to find and return the child, Charles Lindbergh Jr, to his parents.In “The Boxer,” Detective Parker is tasked to discover why the newly crowned United States Heavyweight Boxing Champion Albert Smith was found dead in his hometown soon after winning his title. We learn that Smith had character flaws that may have attracted the killer to him and other victims. The suspects are many with their own suspicious stories to tell. Detective Parker has a lot of evidence to figure out until the novel’s surprising conclusion shocks you.