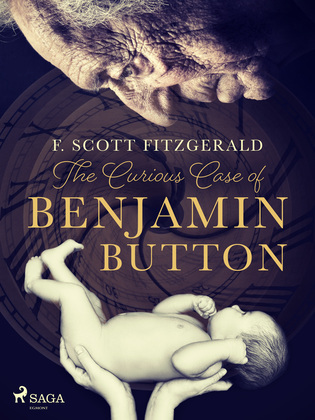 The Curious Case of Benjamin Button

Everybody loves baby animals. Puppies, kittens, panda cubs, Baby Yoda, you name it. Humanity's fat, bald and whiny offspring is a bit more of a controversial pick in that department, so when an exceptionally wrinkly and unappealing... man is born in 1860 at the ripe old age of 70 – which was rough at a time when life expectancy was 39 years, he's got a real struggle ahead of him. Fortunately for Benjamin Button, as the newborn is named, he ages backwards and will eventually end up as a baby. His condition makes Benjamin a social outcast unfit for both school and college, but instead of becoming a cartoon villain, he's stuck with grown-up jobs like retail and war hero while waiting to be young enough for basic education.A satire of ageism and emblematic of Kierkegaard's phrase about life having to be lived forwards, but understood backwards, "The Curious Case of Benjamin Button" has perhaps never been more relevant than now where 60 is the new... 25? This 64 page short story has been adapted into a stage musical and, somehow, a roughly three-hour-long feature film with Brad Pitt as the ugly baby.F. Scott Fitzgerald (1896–1940) is one of the greatest American novelists of the 20th century and author of the classics ‘Tender is the Night’ and ‘The Great Gatsby’. His writing helped illustrate the 1920s Jazz Age that he and wife Zelda Fitzgerald were in the centre of.