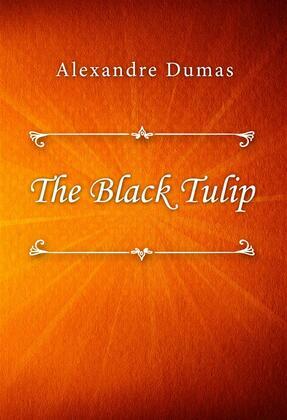 This historical novel was originally published in three volumes in 1850.  The story begins with the 1672 lynching of the Dutch Grand Pensionary Johan de Witt and his brother Cornelis, by a wild mob of their own countrymen.  The rest of the narrative, involving fictional characters, takes place in the following eighteen months; gradually revealing its connection with the killing of the de Witt brothers.

In the story, the city of Haarlem, Netherlands has set a prize of 100,000 guilders to the person who can grow a black tulip, sparking competition between the country’s best gardeners to win the money, honour and fame. The young and bourgeois Cornelius van Baerle has almost succeeded, but is suddenly thrown into the Loevestein prison. There he meets the prison guard’s beautiful daughter Rosa, who will be his comfort and help, and at last his rescuer.