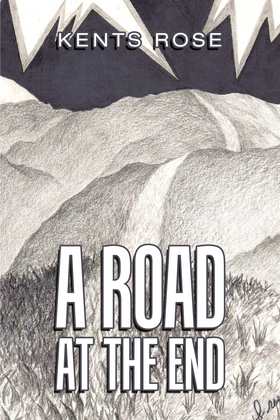 A Road at TheEnd

A Road At The EndA Road At The End is comprised of three books:Book I introduces Chad De Montaña, an average high school boy, growing up in Southern California, caught in the self-examination that anyone of that age is prone to, amplified by the larger social changes of the nineteen sixties. Chad’s life is differentiated from those around him due to his Mexican heritage juxtaposed in a white majority world. Even his appearance is a contradiction, with blond hair with an olive-skinned body. Chad experiments with girls as he experiments with ideas but holds contradictory beliefs. During the latter stages of college, Chad is reintroduced to Maureen, an acquaintance from his high school days. He confronts the hypocrisy and animal-herd thinking of Maureen’s family, along with their special, suburban brand of racism.Book II finds Chad avoiding military service by fleeing to Scandinavia with Maureen, eventually settling in Norway where he lives well into his thirties as a participant in the global peace community. In Book III Chad finally returns to the Untied States to find those close to him leading decadent lives. He struggles with the work-a-day world and all the petty treachery it involves. Chad finds the courage to do what he thinks he should and treks across the West in search of his musical talent. Events take him back home to a teaching career in search of “truth,” only to discover its vagaries. He searches for the road yet.