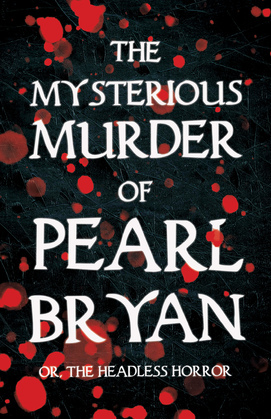 The Mysterious Murder of Pearl Bryan

“The Mysterious Murder of Pearl Bryan” contains a detailed account of the gruesome case of Pearl Bryan (c. 1874–1896), a 22-year-old American woman who was found decapitated and pregnant in Fort Thomas, Kentucky in 1896. Dental student Scott Jackson, who had been romantically involved with Bryan for several months before the incident, was arrested for the murder together with his fellow student and room mate Alonzo M. Walling, whom he ended up implicating in the murder. The case became widely publicised at the time due to its horrific nature and even served as the inspiration for a number of folk songs in the 1910s and 1920s. Contents include: “The Headless Horror”, “The History of the Tragedy”, “Pearl Bryan's Headless Remains Buried at Greencastle”, and “The Trial of Scott Jackson”. Read & Co. History is proudly republishing this classic work now in a brand new edition complete with an introductory poem by Vernon Dalhart.