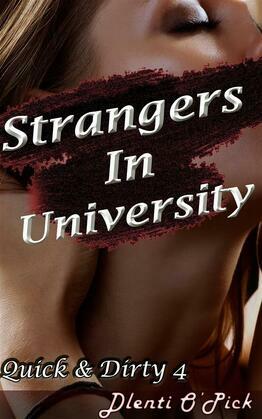 A straight-laced professor's self-control is pushed to the limit when he is falls for a student whom he has no business coveting. But he wants. Ophelia is a naive eighteen-year-old freshman who has never even been kissed before. When she finds herself in a room with her professor, she loses herself in his eyes, his hands, and then, she loses herself to him completely.

"You shouldn't be running around in the hallway, Ophelia," he says in a mild tone.

"I know. I'm so sorry again, Professor Erik. I lost track of time and I didn't want to be late for class. I won't do it again, I promise," she says, looking up and noticing that he has paused on some of her sketches.

"I wasn't aware that you took art classes for the semester," he hums.

She blinks, confused by the question for several seconds before it clicks. "Oh um-" she murmurs. "I- A little?" she confesses.

"If it's about my class, I assure you that you have nothing to worry about," he says, smiling more with his eyes than his lips. She notices the crows feet at the corner of his emerald green eyes and feels herself blushing harder.

"You're teasing me, Professor Erik. I know I'm not doing well for your class," she admits. She wishes she was, but she had taken his course on a whim and math really isn't her forte. She chews on her bottom lip and looks away.

He frowns for a second. "Nonsense," he says. "Judging by your latest exam results, you're looking at a solid B."

She grimaces. A 'B' isn't good enough for her. She is used to excelling in everything she does and the idea of anything less than perfect makes her feels like a failure.

"Ah," he says after a second, understanding dawning on him. "I may have something that can fix that," he offers.

She blinks at him. "Really?" She had been considering dropping his course altogether, to be honest, but it feels like such a waste. It won't be completely terrible to get a 'B' in something.

"Perhaps some extra credit?" he offers, smiling at her, showing a hint of his pearly whites.