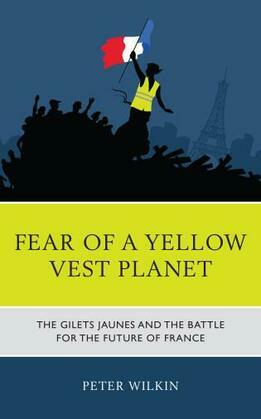 Fear of a Yellow Vest Planet

The Yellow Vest (Gilets Jaunes) protests that started in November 2018 have rocked French political culture and led critics to denounce the movement as being a threat to democracy, or worse. Amongst other things the protestors were accused of being barbarians, philistines, racists, anti-Semites and reactionaries who would destroy both France and European civilisation. In fact, this book argues that the protests must be understood as part of a wave of protests against the extension of the market into all areas of social life that have been taking place around the world since the 1980s. Whilst the Yellow Vest protests embrace a range of actors that cut across the French political spectrum the agenda that rapidly emerged from the movement in the shape of the ‘People’s Directive’ shows that it is a broadly progressive protest that has articulated radical ideas and practices with a view to transforming French political culture by means of direct democracy. The end goal is to be a new social order which is environmentally sustainable and built around principles of social justice. In this respect its ideas and actions are a challenge to mainstream French political culture.