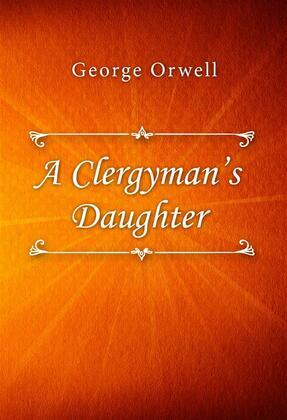 by George Orwell (Author)
Buy for €0.49 Excerpt
Fiction Classics
warning_amber
One or more licenses for this book have been acquired by your organisation details

A Clergyman’s Daughter is a 1935 novel by English author George Orwell. It tells the story of Dorothy Hare, the clergyman’s daughter of the title, whose life is turned upside down when she suffers an attack of amnesia. It is Orwell’s most formally experimental novel, featuring a chapter written entirely in dramatic form, but he was never satisfied with it, and he left instructions that after his death it was not to be reprinted. Despite these instructions, Orwell did consent that to cheap editions “of any book which may bring in a few pounds for my heirs” following his death.