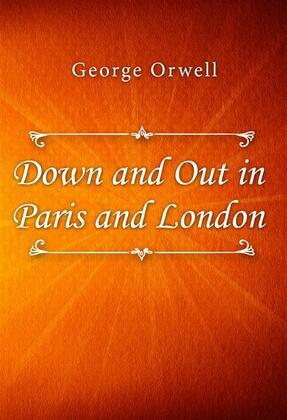 Down and Out in Paris and London

by George Orwell (Author)
Buy for €0.49
Nonfiction Biography & autobiography Personal memoirs
warning_amber
One or more licenses for this book have been acquired by your organisation details

Down and Out in Paris and London is the first full-length work by the English author George Orwell, published in 1933. It is a memoir in two parts on the theme of poverty in the two cities. Its target audience was the middle and upper class members of society—those who were more likely to be well educated—and exposes the poverty existing in two prosperous cities: Paris and London. The first part is an account of living in near-destitution in Paris and the experience of casual labour in restaurant kitchens. The second part is a travelogue of life on the road in and around London from the tramp’s perspective, with descriptions of the types of hostel accommodation available and some of the characters to be found living on the margins.