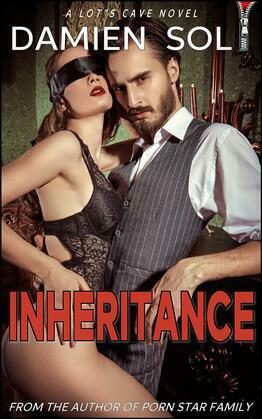 DESCRIPTION:
While it is true Jesse was born into wealth and luxury, Jesse wanted nothing to do with that side of his family. Always seeing the greed in their eyes when they would try to talk his grandaunt into some scheme of theirs. Yet fate has a way of pulling one back into the fray so to speak as his grandaunt left him her vast wealth along with everything else. Now Jesse must contend with his greedy family and other things that loom in the darkness.

EXCERPT:
“Come here,” Darla purred, her eyes watched as her son’s knee pressed down on the cushion. Her aqua marine eyes stared into his topaz blue eyes. Bringing her son’s lips to hers, exhaling heavily as his fingers teased her as she tasted the warmth of his mouth. Pulling her son deeper into their kiss. “Yes baby” she moaned lustfully, her eyes fluttering as his thumb gently rolled along her. “That’s it baby,” her hand covered his as Jesse’s own fondled her, “touch me all you want. I’m yours, Jesse,” Darla said sweetly, her hands lightly ran up his arms.

Feeling her skin heat, her heart racing, Jesse’s lips teased her to no end as they danced down her chest. Her hand pressed against the back of Jesse’s head as his lips tugged on her. Her hips rocked on their own. True, in all the years she and Frank had been married he hasn’t once failed please her body. She never felt so alive. She wasn’t even aware of her actions until her eyes glanced down and saw what she was doing.

Her breath grew rapid as if this was the very first time. In truth it wasn’t, yet that didn’t stop her from acting like it was.

Releasing a soft, arousing moan from her lips as she felt his hot breath flowing over her. Her nails scraped along his scalp.