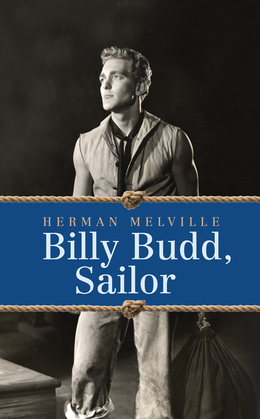 A beautifully designed, classic edition of Melville's original tale…discovered unfinished in the author's desk shortly after his death.

Billy Budd, a cheerful, good looking sailor with a natural charisma and innocence that makes him popular with the crew, is aboard a British ship during the Napoleonic wars. His only physical defect is a stutter which grows worse when under intense stress. Budd arouses the antagonism of the ship’s bitter master-at-arms, John Claggart, who falsely accuses Billy of conspiring to mutiny. Billy, dumfounded by the accusation, becomes unable to defend himself because of his stuttering and in frustration strikes the lying Claggart with a blow so powerful that it kills the man instantly. In the ensuing trial Melville explores good and evil, justice and mercy, right and wrong, and natural law verses man’s law as the ship's Captain recognizes the innocence of Budd's intent, but the law of mutiny requires him to sentence Billy to be hanged.

Billy Budd, Sailor is the last novel written by American writer Herman Melville. Beginning the original work in 1888, it was left unfinished at the time of his death in 1891, remaining unpublished until 1924. Melville scholars engaged in study and scrupulous research of the book for many years that resulted in this final text. This classic edition offers all lovers of literature the best and most authentic version of the American storyteller's final masterpiece, which has been acclaimed as second only to Moby Dick among Melville’s Work.