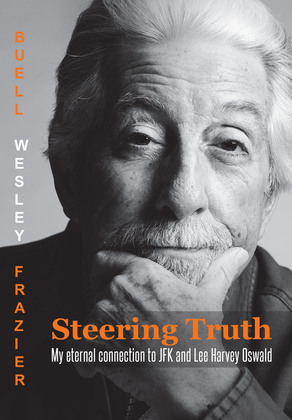 On the afternoon of November 22, 1963, a nineteen-year-old Buell Wesley Frazier was thrown up against the wall by two detectives and escorted to Dallas Police Station. His coworker and sometimes passenger to and from work Lee Harvey Oswald was the presumed assassin of President John F. Kennedy and Officer J. D. Tippit. It didn’t take Buell long to figure out that he was presumed guilty by association.

Buell was afraid for himself and his family. Years of emotional pain built up. He had long forgotten how to trust people. He became resentful of the police force, and he doubted whether he would be ever to hold his head up in public and see people who believed his story.

In the early nineties, Buell’s life was changed forever when he met a man who would become his best friend and confidant. Over the years, Buell emerged from the shadows and slowly found the peace and self-confidence he had longed to have. At the request of some friends, he began to talk to the public. From panel discussions to classrooms, Buell was surprised to learn that there were people who not only wanted to hear his story believed him too!

This turn of events caused a paradigm shift in the way Buell saw himself. As a result, he became inspired by those people to write his complete story. For the first time in fifty years, he welcomes you to be a passenger on this road trip to learn how hard work, perseverance, self-belief, and resiliency became the pillars that supported the long transition of the boy he was to the man he became.