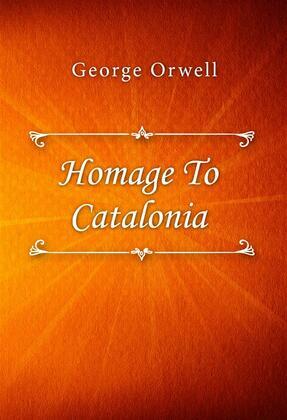 by George Orwell (Author)
Buy for €0.49 Excerpt
Nonfiction Biography & autobiography Personal memoirs History Other Revolutionary
warning_amber
One or more licenses for this book have been acquired by your organisation details

Homage to Catalonia is George Orwell’s personal account of his experiences and observations fighting for the POUM militia of the Republican army during the Spanish Civil War. The war was one of the defining events of his political outlook and a significant part of what led him to write in 1946, “Every line of serious work that I have written since 1936 has been written, directly or indirectly, against totalitarianism and for democratic socialism, as I understand it.”