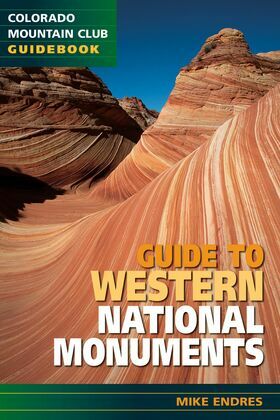 The Guide to Western National Monuments showcases 76 of the nation’s 122 public lands protected by a Presidential decree. These are the best places to visit if you want to hike and camp in spectacular scenery with relatively few people (compared to National Parks). Many of the Monuments contain ancient ruins, pictographs, and petroglyphs that are still in good condition.

The Antiquities Act of 1906 gave the President authority to establish National Monuments as an expedient method for protecting natural and historically significant areas in the United States. Theodore Roosevelt designated the first Monument, Devils Tower, and established the long-standing tradition. Many previously-designated Monuments have changed to National Parks or another federal status, while others have been transferred to state control. Nearly half of our current National Parks began as a National Monument.

Currently, 23 of the National Monuments--including Bears Ears, Golden Butte, and Giant Sequoia--are under review and may be stripped of their protected status. This guide will help readers understand what may be lost to development.