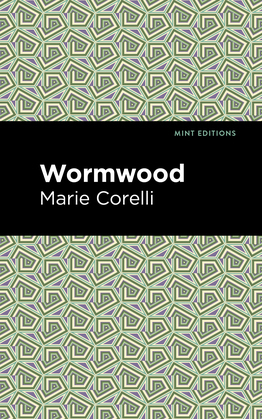 Wormwood (1890) is a novel by Marie Corelli. Published at the beginning of Corelli’s career as one of the most successful writers of her generation, Wormwood combines realism, social commentary, and family drama to tell a story of murder, revenge, and addiction set in the bustling city of Paris. Due for reassessment by a modern audience, Marie Corelli’s work—which has inspired several adaptations for film and theater—is a must read for fans of nineteenth century fiction. “Men such as ‘Gaston Beauvais’ are to be met with every day in Paris—and not only in Paris, but in every part of the Continent where the Curse, which forms the subject of this story, has any sort of sway. The morbidness of the modern French mind is well known […]; the open atheism, heartlessness, flippancy, and flagrant immorality of the whole modern French school of thought is unquestioned.” Intended as a rallying cry to English readers, Wormwood states quite clearly Corelli’s beliefs on progressivism and the dangers of alcohol. Echoing the popular realist novels of French contemporary Emile Zola, Corelli provides a gritty portrait of ambition and suffering in Paris. When young Gaston Beauvais is betrayed by his fiancée and best friend, he turns from a life of promise to the promise of absinthe, beginning a tragic spiral into violence and despair. Addressing philosophical, psychological, and religious themes, Wormwood is a moving work of fiction which asks important questions about an emerging modern world. With a beautifully designed cover and professionally typeset manuscript, this edition of Marie Corelli’s Wormwood is a classic work of English literature reimagined for modern readers.