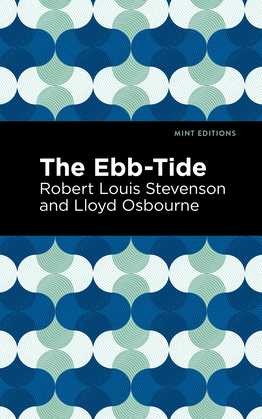 The Ebb-Tide (1894) is a novel by Robert Louis Stevenson and Lloyd Osbourne. Published the year of Stevenson’s death from tuberculosis, the last of three collaborations between the legendary Scottish storyteller and his stepson is a story of adventure, friendship, and greed. Although less popular than other titles in Stevenson’s body of work, the novel has been recognized for its pointed critique of British and American imperialism in the South Pacific. Tossed by the waves of fate, three beggars frequent the ports of Tahiti in search of money and food for survival. When a merchant schooner devastated by smallpox docks at Papeete in need of new officers, the only men willing to take the job are Davis, Herrick, and Huish. A former sea captain, Davis takes charge of the vessel filled with crates of champagne, but soon the men find their cargo too tempting to leave untested. As the crew descends into drunkenness, Huish—the only beggar born into poverty, the only one among them who understands the value of a job—takes control of the schooner. As they near their final destination, as the men begin to worry about the missing cargo and lack of food, a plot to overthrow the officers takes form. With a beautifully designed cover and professionally typeset manuscript, this edition of Robert Louis Stevenson and Lloyd Osbourne’s The Ebb-Tide is a classic work of adventure fiction reimagined for modern readers.