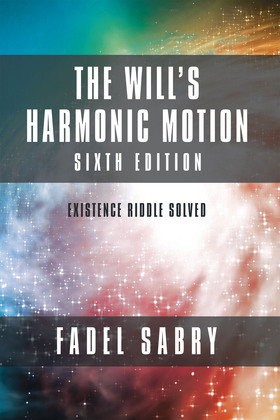 This is the sixth and last edition. It revealed the ultimate truth and solved the riddle of existence. Based on Schopenhauer’s philosophy, completed it, and took it to higher level. Schopenhauer’s concept of the will and morality form the basis for this book. Schopenhauer taught that our moral character is inborn and unalterable, but provides no explanation being metaphysical.This book proved without any doubt that our moral character is assigned to us according to a specific, unalterable, and predictable system. It proved it scientifically and through daily observation of human conduct. It observed that moral characters change and move as a sine curve, i.e., harmonic motion.After establishing this groundbreaking theory of the Will’s Harmonic Motion, Sabry extended it to cover and explain many topics including animals, pleasure, creative and healing power, physical and metaphysical actions, death, religion, eternal justice, and salvation.The book outlines Sabry’s long journey experience in meditation that ended in enlightenment, and put it in simple and easy to follow procedure.The book boldly resolved the riddle of existence.