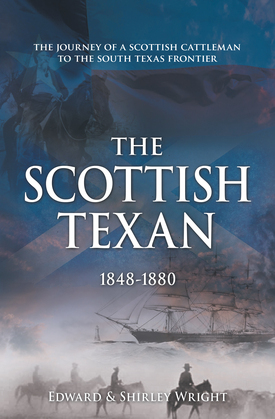 Why did so many Scots leave their homeland in the mid-19 th Century?How did Texas become the cattle capitol of the world?What was life like in Texas in the 1800s?Follow...the eventful life of Rob Ridgeway through young romance, and repeated tragedies that drove him to take his young family on the dangerous voyage from Scotland to Texas.Journey...with Rob and his wife Laura as they arrive at the once significant port of Indianola, to start a new life in central Texas Comanche country, and learn the longhorn cattle business from Mexican and American rancheros.Experience...Civil War battles on the Nueces and Rio Grande rivers through the eyes of those same Mexican-American and German-American Rancheros.Learn...how postwar cattle drives defined a lifestyle for The Scottish Texan and for all Texans.