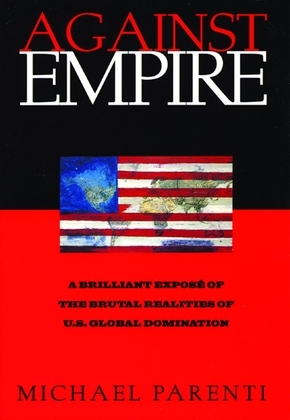 Richly informed and written in an engaging style, Against Empire exposes the ruthless agenda and hidden costs of the U.S. empire today. Documenting the pretexts and lies used to justify violent intervention and maldevelopment abroad, Parenti shows how the conversion to a global economy is a victory of finance capital over democracy.

As much of the world suffers unspeakable misery and the Third-Worldization of the United States accelerates, civil society is impoverished by policies that benefit rich and powerful transnational corporations and the national security state. Hard-won gains made by ordinary people are swept away.

“A valuable rebuttal to the drumbeat…from the right.” —New York Times Book Review

“Parenti writes clear, smooth, often provocative prose, has a way of cutting to the heart of complex issues and knows how to tell a story." —Allan Johnson, Author of Human Arrangements

Michael Parenti, PhD Yale, is an internationally known author and lecturer. He is one of the nation's leading progressive political analysts. He is the author of over 275 published articles and twenty books. His writings are published in popular periodicals, scholarly journals, and his op-ed pieces have been in leading newspapers such as the New York Times and the Los Angeles Times. His informative and entertaining books and talks have reached a wide range of audiences in North America and abroad.