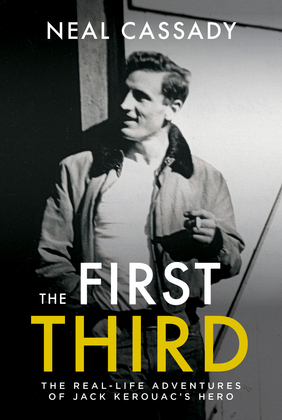 Immortalized as Dean Moriarty by Jack Kerouac in his epic novel, On the Road, Neal Cassady was infamous for his unstoppable energy and his overwhelming charm, his savvy hustle and his devil-may-care attitude. A treasured friend and traveling companion of Kerouac, Allen Ginsberg, William Burroughs and Ken Kesey, to name just some of his cohorts on the beatnik path, Cassady lived life to the fullest, ready for inspiration at any turn.

Before he died in Mexico in 1968, just four days shy of his forty-second birthday, Cassady had written the jacket blurb for this book: “Seldom has there been a story of a man so balled up. No doubt many readers will not believe the veracity of the author, but I assure these doubting Thomases that every incident, as such, is true."

As Ferlinghetti writes in his editor’s note, Cassady was “an early prototype of the urban cowboy who a hundred years ago might have been an outlaw on the range.” Here are his autobiographical writings, the rambling American saga of a truly free individual.

Neal Cassady (1926-1968) was a key figure and writer during the Beat Generation and is known as the inspiration for Jack Kerouac's immortalizing character Dean Moriarty. In 1946, Cassady traveled to New York City where he met famous Beat poets and writers such as Jack Kerouac, William S. Burroughs and Allen Ginsberg. Cassady's works were never published during his lifetime.