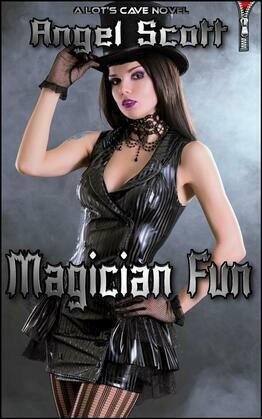 DESCRIPTION:
Cooper started out as a magician and got noticed! He enjoys the extra attention though from his assistant and girlfriend Carlie by doing the dirty deed in the disappearing box! After that, Cooper gets caught from his mom and his mom wants some extra fun by the box too! She wants to get down and dirty with the magician items that her son owns! Join this hot tale of mother and son!

He sighed as he got up from the couch. He took his boxers off and headed upstairs to find his mother climbing out of the shower. Seeing his mom fully nude made him feel weak in the knees!

“Guess I pictured us together and it made me like this. Thanks a lot mom. Shall we start?” Cooper said in a bold and confident tone.

“Sure. Let’s go downstairs to your magician box.” Carrie said with a smile.

They headed downstairs and got to the box within seconds. Carrie watched as her son belted her in and then she saw him reach for her. It made things hotter knowing she could not move too. Her son would be in control of everything! Can we say hot?!