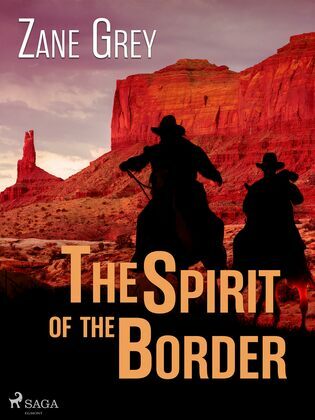 The Spirit of the Border

The Ohio Frontier of the late 1700s. It’s where two worlds met; native Americans to the west, white settlers to the east. Into this unpredictable region come brothers Jim and Joe Downs. One of them aims to spread the word of God, the other has his heart set on violence. "The Spirit of the Border" traces their two journeys, which take in missionaries, kidnappers and militias. The story builds to one of the period’s most shameful events.Based on the experiences of his own ancestors, Zane Grey’s novel is a propulsive and stark portrait of the Western Expansion. It’s the second part of his "Ohio River Trilogy", which begins with "Betty Zane" and ends with "The Last Trail". Zane Grey (1872–1939) helped shaped the mythos of the Old West. Born in Zanesville, Ohio (a town founded by his grandfather), Grey’s first career was as a dentist. But he gave it up to pursue writing, going on to produce nearly 100 books. These wildly popular adventures defined many of the Western’s most enduring tropes and characters, from noble lawmen to mysterious gunslingers, and made Grey a household name. His stories include "Riders of the Purple Sage", "The Rainbow Trail" and "The Lone Star Ranger". Hollywood produced dozens of Zane Grey adaptations, mostly during the 1930s and 40s, starring Western icons like Gary Cooper and Randolph Scott.