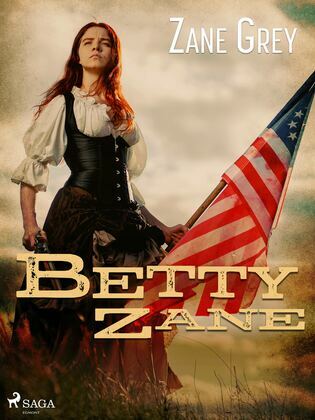 For his first novel, Zane Grey looked back at the extraordinary life of his ancestor Betty Zane—a heroine of the American Revolutionary War. Betty Zane lived her life on the frontier. Her family founded the settlement of Wheeler in West Virginia, which came under attack from British and Native American forces in 1782. With gunpowder running low, all hope looked lost. What happened next would secure Betty’s place in the history books. An easy and pacy read, "Betty Zane" is a great portrait of the early pioneer days. And Betty makes for a spirited main character. If the "Outlander" books have peaked your interest in the American Revolution, give this novel a shot. Zane Grey (1872–1939) helped shaped the mythos of the Old West. Born in Zanesville, Ohio (a town founded by his grandfather), Grey’s first career was as a dentist. But he gave it up to pursue writing, going on to produce nearly 100 books. These wildly popular adventures defined many of the Western’s most enduring tropes and characters, from noble lawmen to mysterious gunslingers, and made Grey a household name. His stories include "Riders of the Purple Sage", "The Rainbow Trail" and "The Lone Star Ranger". Hollywood produced dozens of Zane Grey adaptations, mostly during the 1930s and 40s, starring Western icons like Gary Cooper and Randolph Scott.