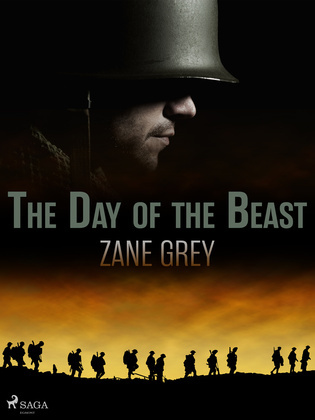 The Day of the Beast

When WW1 soldier Darren Lane returns home, he’s shocked by what he finds. Underage drinking, jazz music, gambling; all signs that the Roaring Twenties are just around the corner. But where some see liberation, Darren sees only a dangerous moral decline. And he want to put a stop to it. Fuelled by the pain of his war experiences, Darren’s righteous cause mutates into violent vigilantism. Zane Grey is best known for his Westerns, but with "The Day of the Beast" he creates an insightful portrait of post-war depression and illness. Reading like a precursor to "Taxi Driver", it holds a unique place in his bibliography. A novel well worth exploring for any Grey fans. Zane Grey (1872–1939) helped shaped the mythos of the Old West. Born in Zanesville, Ohio (a town founded by his grandfather), Grey’s first career was as a dentist. But he gave it up to pursue writing, going on to produce nearly 100 books. These wildly popular adventures defined many of the Western’s most enduring tropes and characters, from noble lawmen to mysterious gunslingers, and made Grey a household name. His stories include "Riders of the Purple Sage", "The Rainbow Trail" and "The Lone Star Ranger". Hollywood produced dozens of Zane Grey adaptations, mostly during the 1930s and 40s, starring Western icons like Gary Cooper and Randolph Scott.