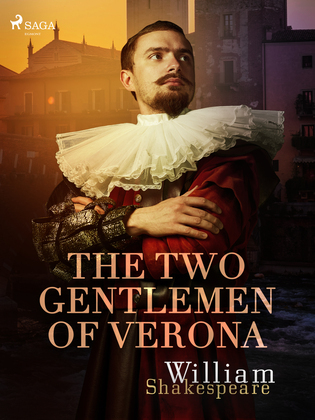 The Two Gentlemen of Verona

Immature and reckless the two best friends, Proteus and Valentine, are sent to the court in Milan by their families to do some growing up. Here they both fall for the duke’s daughter, Silvia. Only there is the small issue of Silvia falling in love with Valentine and Proteus’ girlfriend, Julia, who is waiting at home.Loyalties and friendships are tested when Proteus, jealous of Valentine and Silvia’s plan to elope, betrays him to the duke. Meanwhile, more drama awaits, as Julia disguises herself as a boy and sets for Milan.For fans of Jenny Han, Jane Austen and E. Lockhart. William Shakespeare (1564-1616) was an English playwright, poet and actor. Considered the greatest dramatist of all time, he is widely regarded as the most influential English language writer. Shakespeare’s plays focus on the range of human emotion and conflict, and have been translated into more than 100 languages. Many including "Hamlet" "Macbeth" and "Romeo and Juliet" have been adapted for stage and screen.