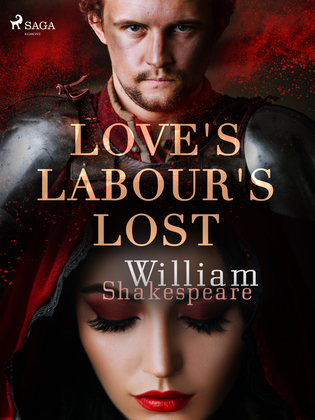 Ferdinand, the King of Navarre, and his three noble companions, the Lords Berowne, Dumaine and Longaville, make a pact. For the next three years, they will focus on their studies while giving up wine, partying and the company of women. To make sure nobody is tempted to stray, Ferdinand bans women from his court. But, as they say, the best-laid plans don’t always work out as intended. Soon after, a French princess and her ladies arrive in Navarre on a state visit. They are forced to set up their camp outside the court, as per Ferdinand’s decree. So, the king and his men now have to visit the camp where they fall for the princess and her lovely ladies. As the gentlemen are hopelessly trying to disguise their feelings for the women, romantic havoc ensues. William Shakespeare (1564-1616) was an English playwright, poet and actor. Considered the greatest dramatist of all time, he is widely regarded as the most influential English language writer. Shakespeare’s plays focus on the range of human emotion and conflict, and have been translated into more than 100 languages. Many including "Hamlet," "Macbeth," and "Romeo and Juliet" have been adapted for stage and screen.