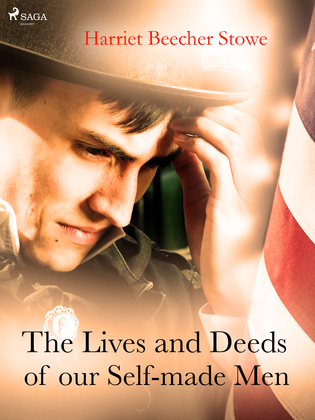 The Lives and Deeds of our Self-made Men

First published in 1872, Harriet Beecher Stowe’s ‘The Lives and Deeds of our Self-Made Men’ is a collection of sketches and biographies which focuses on well-known American figures who went on to become leaders, generals, and even Presidents. Famous names in the collection include Abraham Lincoln, Ulysses S. Grant, the editor Horace Greely and the lawyer and politician Edwin Stanton. Stowe stresses the importance of their Christian upbringings and the role that the land and American traditions have played in shaping these men, enabling them to reach their full potential. A fascinating insight into the lives of these American leaders from the famous writer and abolitionist. Harriet Beecher Stowe (1811-1896) was an American author of novels, articles and memoirs, and was an ardent abolitionist. Stowe was born in Connecticut to a religious family. Her father was a Calvinist preacher and her mother died when she was just five years old. She received a traditional academic education – a rarity for girls at the time – and at the age of twenty-one she moved to Cincinnati, Ohio. A major trading location, it was here that Stowe encountered people who had escaped slavery, and hearing their experiences would greatly influence her life and work. She married in 1850 and moved to Maine, where both she and her husband remained vocal critics of slavery, and actively supported the Underground Railroad. Her most famous novel ‘Uncle Tom’s Cabin’ was serialised and then published in 1852. It caught the attention of the American nation with its passionate opposition and emotional portrayal of the effects of slavery. She died in Connecticut in 1896 at the age of 85.