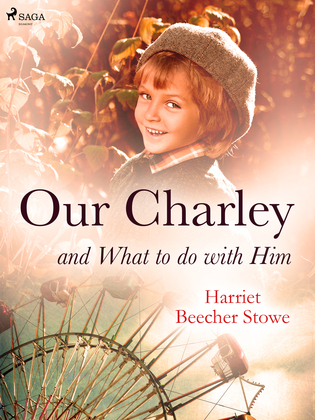 Our Charley and What to do with Him

A biographical book, Harriet Beecher Stowe’s ‘Our Charley and What to do With Him’ is based on her own brother Charles Edward Beecher - a wild, tempestuous child, and the youngest son in the family. Told as a series of individual stories about Charley, we learn that despite his mischief-making and the trouble he gives to his parents, Charley is a much loved and important member of the family. A fascinating insight into the early life of the Beecher family.Harriet Beecher Stowe (1811-1896) was an American author of novels, articles and memoirs, and was an ardent abolitionist. Stowe was born in Connecticut to a religious family. Her father was a Calvinist preacher and her mother died when she was just five years old. She received a traditional academic education – a rarity for girls at the time – and at the age of twenty-one she moved to Cincinnati, Ohio. A major trading location, it was here that Stowe encountered people who had escaped slavery, and hearing their experiences would greatly influence her life and work. She married in 1850 and moved to Maine, where both she and her husband remained vocal critics of slavery, and actively supported the Underground Railroad. Her most famous novel ‘Uncle Tom’s Cabin’ was serialised and then published in 1852. It caught the attention of the American nation with its passionate opposition and emotional portrayal of the effects of slavery. She died in Connecticut in 1896 at the age of 85.