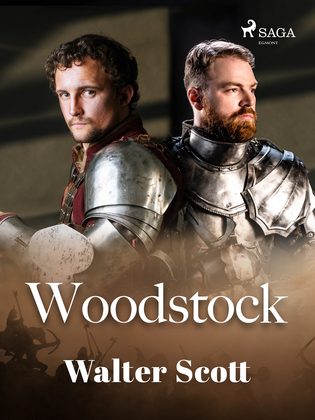 Witchcraft and revolution collide in Walter Scott’s thrilling "Woodstock".King Charles I has been beheaded, and the English Civil War is finally over. His son, Charles Stuart, must flee for his life. He disguises himself as a lowly servant and hides out at a hunting lodge. But not only is this lodge now in the hands of Oliver Cromwell’s forces, it’s also plagued by supernatural happenings. Alongside these strange events, Charles finds himself involved in a love triangle. In "Woodstock", Scott blends real events and legends of the time. It makes for a richly imagined alternative history—and one that will keep you gripped until the final page. Sir Walter Scott (1771–1832) was a Scottish novelist, historian and poet. He became a key figure within Romanticism—an artistic movement that revered nature, emotion and spontaneity. A prolific author across genre and form, Scott pioneered historical fiction with novels like "Waverley", "Rob Roy" and "Ivanhoe". These books married exciting adventures with real events from Britain’s turbulent past. Among his best known poems are the epic "The Lady of the Lake".Scott’s works remain a touchstone of Scottish and European literature. They’ve also inspired numerous movies, including 1995’s "Rob Roy" starring Liam Neeson.