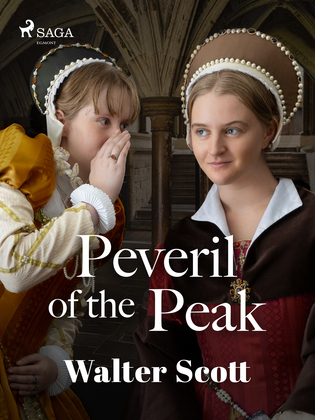 Peveril of the Peak

In Restoration England, two young lovers must battle against a wild conspiracy. Julian and Alice’s love has survived a lot. For one thing, their families supported different sides in the English Civil War. But now the monarchy has been restored, bringing with it a terrifying new danger—the Popish Plot, which alleges the country’s Catholics are planning a coup. And Julian is one of the accused. Walter Scott’s "Peveril of the Peak" shows an England riven with intrigues, religious hatred, and senseless violence. And at its center, a heart-wrenching ‘wrong side of the tracks’ romance that echoes "Romeo and Juliet". A compelling drama for historical fiction fans. Sir Walter Scott (1771–1832) was a Scottish novelist, historian and poet. He became a key figure within Romanticism—an artistic movement that revered nature, emotion and spontaneity. A prolific author across genre and form, Scott pioneered historical fiction with novels like "Waverley", "Rob Roy" and "Ivanhoe". These books married exciting adventures with real events from Britain’s turbulent past. Among his best known poems are the epic "The Lady of the Lake".Scott’s works remain a touchstone of Scottish and European literature. They’ve also inspired numerous movies, including 1995’s "Rob Roy" starring Liam Neeson.