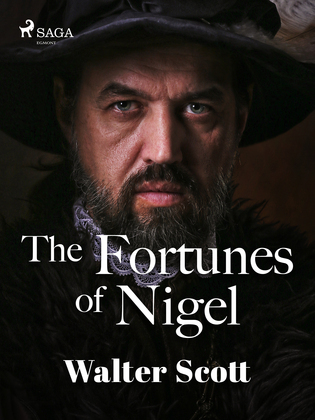 The Fortunes of Nigel

Scottish lord Nigel Olifaunt is more than a little naive. So when he arrives in London, he’s soon sucked into the chaos of the big city. Pinballing between a lively cast of petty criminals, Templers, and loan sharks, Nigel has to keep his eyes on the ultimate prize: an audience with King James I. Set in the period following the Union of the Crowns, "The Fortunes of Nigel" takes us into the heart of 17th century London—a sometimes lawless metropolis brimming with possibility. It’s an intricate tale that transports you back in time. And its many larger-than-life characters are catnip for fans of Dickens. Sir Walter Scott (1771–1832) was a Scottish novelist, historian and poet. He became a key figure within Romanticism—an artistic movement that revered nature, emotion and spontaneity. A prolific author across genre and form, Scott pioneered historical fiction with novels like "Waverley", "Rob Roy" and "Ivanhoe". These books married exciting adventures with real events from Britain’s turbulent past. Among his best known poems are the epic "The Lady of the Lake".Scott’s works remain a touchstone of Scottish and European literature. They’ve also inspired numerous movies, including 1995’s "Rob Roy" starring Liam Neeson.