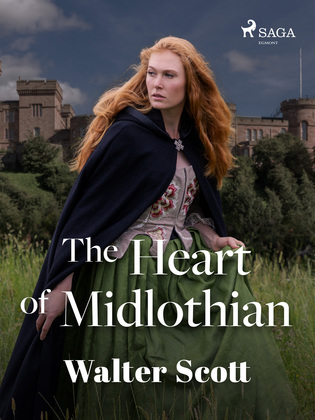 The Heart of Midlothian

Against the backdrop of the Porteous Riots, one woman must give everything to save her sister. It’s 1763, and there’s pandemonium on the streets of Edinburgh. Innocent protesters have been gunned down, and an angry mob is baying for the blood. Jeanie Deans is hoping for another form of justice. Her sister, Effie, has been wrongly sentenced to death. And the one thing that can save her is a royal pardon. So Jeanie sets out an epic journey to London to plead Effie’s case to the queen. A classic work of historical fiction, "The Heart of Midlothian" is an incisive commentary on the malleable nature of justice. And at its center is one of literature’s most appealing and courageous heroines. Sir Walter Scott (1771–1832) was a Scottish novelist, historian and poet. He became a key figure within Romanticism—an artistic movement that revered nature, emotion and spontaneity. A prolific author across genre and form, Scott pioneered historical fiction with novels like "Waverley", "Rob Roy" and "Ivanhoe". These books married exciting adventures with real events from Britain’s turbulent past. Among his best known poems are the epic "The Lady of the Lake".Scott’s works remain a touchstone of Scottish and European literature. They’ve also inspired numerous movies, including 1995’s "Rob Roy" starring Liam Neeson.