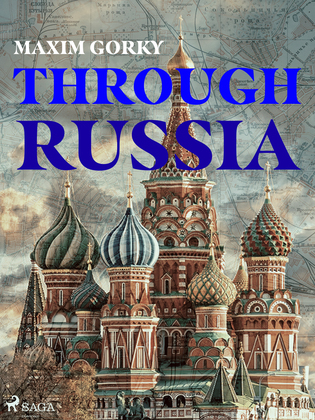 First published in 1923 ‘Through Russia’ is a collection of short stories by the well-known Russian author, Maxim Gorky. The collection includes ‘The Birth of a Man’, ‘Nilushka’, and ‘The Dead Man’. With some of the stories written during the turbulent period of the Russian Revolution, the tales in this collection frequently deal with the social issues of the time. The focus is on the struggles of everyday, ordinary people, portraying them in a sympathetic and compassionate way. A great introduction to the work of Maxim Gorky, and a fascinating snapshot of a changing early twentieth century Russia.Maxim Gorky (1868-1936) was a Russian author, playwright, and political activist. Orphaned at the age of eleven, Gorky ran away from home and survived by taking on a variety of menial jobs whilst travelling around Russia – experiences which would influence his writing in later life. He often worked as a journalist for local newspapers and his first short story ‘Makar Chudra’ was published in a newspaper in 1892. His first book, ‘Essays and Stories’ was published in 1898 and was an immediate success, allowing Gorky to concentrate fully on his writing. His focus was on those struggling and outcast from society and he was dedicated to portraying their worth and humanity – viewing his literary work as a moral obligation and a political act. He became associated with the Marxist movement and was critical of the Tsarist regime, resulting in his numerous arrests, imprisonments, and periods of exile. Some of his best-known works include ‘The Lower Depths’, ‘My Childhood’, ‘Mother’, and ‘Children of the Sun’. He was a five-time Nobel Prize nominee for his services to literature.