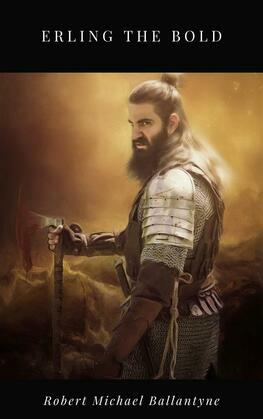 This is a tale of a Sea-rover, or Viking as they're called. In the author's own words, "The present tale is founded chiefly on the information conveyed in that most interesting work by Snorro Sturleson "The Heimskringla, or Chronicles of the Kings of Norway." It is translated from the Icelandic. On perceiving the intention of the Danes to attack him, Erling's heart was glad, because he now felt sure that to some extent he had them in his power. If they had, on his first appearance, taken to their ships, they might have easily escaped, or some of the smaller vessels might have pulled up the river and attacked his ship, which, in that case, would have had to meet them on unequal terms; but, now that they were about to attack him on land, he knew that he could keep them in play as long as he pleased, and that if they should, on the appearance of reinforcements, again make for their ships, he could effectively harass them, and retard their embarkation.