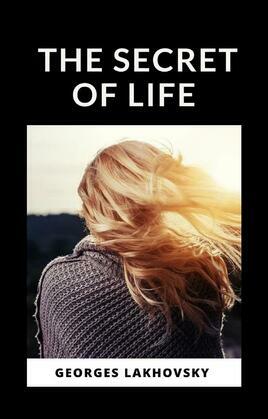 The Secret of Life (translated)

Disease? It is the oscillatory imbalance of the cells, which comes from external causes. And, in particular, the fight of microbial radiation against cellular radiation. Because the microbe, a unicellular being, acts equally by its own radiation. If microbial radiation triumphs, it is disease and, at the end of vital resistance, death. If cellular radiation overcomes it, it is the return to health.
The interest of my theory appears all the more real as it is better confirmed by recent experiments which, with the healing of cancerous plants, seem to open the way to a new therapy for cancer, this terrible disease which has been tried in vain to combat. The applications of my theory, which make it possible to render to the cells all the vital activity of their radiation, will, in my opinion, give a specific treatment of cancer, particularly, and of diseases due to old age in general. No limit could be set in advance at this time to these remarkable advances which my theory allows us to consider. I hope that the future will prove me right.
Apart from these immediate practical applications, my theory makes it possible to explain, thanks to the function of penetrating radiation, the process of the origin of life, the differentiation of cells and of living species, the problem of heredity, in a word, all the serious problems which together constitute biological science.