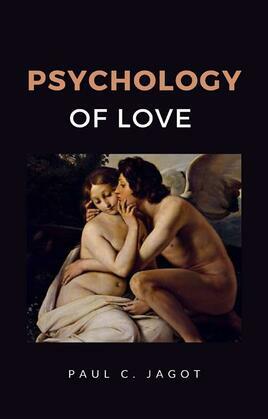 What this book is about. - The mechanism of organic functions, which constitute the physical expression of love, belongs to physiology. The subject of this book is the study of the psycho-emotional states inherent in all forms and degrees of love; it is the analysis of the different processes by which one being falls in love with another; it is also the analysis, alongside the knowledge of the laws determining love, of the conditions of its duration and dissolution. The most brilliant definition of love can only be applied to a certain number of cases. Every human being, according to the intensity of his sexual instincts, the development of his sensibility and the degree of his intellectual culture, conceives love in a special way, which differs, at least in some degree, from every other conception. And since in the course of existence, tendencies, aspirations, faculties change, the same individual does not love twice in the same way. Speak of love to a person who has the most perfect analogy with your character; you will find that there is in some points a difference of opinion. If we consider Stendhal's physical love, that is to say, the purely animal attraction of sex, and love-abnegation, which he did not speak of, and which I will define in the manner of this author: "To love someone passionately is to annul oneself before his fate, when one knows that he will have a happier existence by marrying another", we will have the two extremes of the progression of love. Many people deny the existence of certain modes of love, especially of love-abnegation: "To love, they say, is above all else; it is the desire to possess the one one whom one loves, to have him or her in one's presence, to live the same life; therefore your definition does not apply to real love; never will a person in love admit to renouncing the beloved; he or she who renounces does not love". Between normal individuals of different sexes there is an attractive force, the determinism of which is revealed by physiology. This instinctive attraction of one gender to another can be specified and intensified in such and such a one - and reciprocally - by reason of certain laws of physical selection of which we are, unbeknownst to ourselves, tributaries. I define, therefore, by the expression physical love, on the one hand, the attraction by virtue of which the two sexes are incited to mate and, on the other, the phenomenon of physiological preference, likely to incline unconsciously one being towards another rather than towards a third - equally young and beautiful. Without dwelling on the identity of the causes of this physiological preference with those of sentimental preference, let us consider the latter as a distinct element of love.