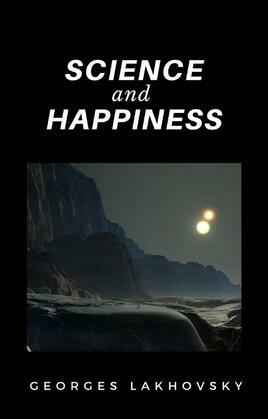 The research carried out over some ten years to clarify the part represented in biology by electrical oscillations and cosmic waves has made it possible to collect a certain number of observations and experimental facts in this field. This research, which began without prejudice, gradually led to the elaboration, and later verification, of a theory that coordinated the author's findings.
Since, especially in the field of biology, ideas progress more rapidly than experiences, it will be easily understood that the first works, rather theoretical, had the function of preparing the way for the essentially practical results that Lakhovsky later obtained.
A series of earlier works traces the path of his research, of which this study is intended to be a kind of synthesis (Origin of Life, The Secret of Life, Universion, Contribution to the Etiology of Cancer).
The research referred to in these works has led to the understanding of life as the result of the dynamic oscillatory equilibrium of cells, an equilibrium maintained certainly by the forces of the external field, and in particular by those of cosmic radiation that bathes and penetrates all living organisms.
From a practical point of view, having observed that disease results from cellular oscillatory imbalance, the author imagined electrical devices capable of re-establishing, around the threatened organism, the wave field at its normal value. He succeeded in doing this by using local generators of very high frequency oscillations and oscillating and resonating circuits, the probable functioning of which he explains in this work.
In this study he has endeavoured to bring together, on the one hand, the detailed exposition of his theories of cellular oscillation, of his radio-cellular oscillator and of his oscillating circuits, as they enable us to understand the significance of the results obtained; and, on the other, the precise report of the practical application of his methods and of the results recorded in the treatment of various diseases.
Thanks to his Theory of Cellular Oscillation, Lakhovsky has succeeded in building a bridge between positivism and metaphysics, and in alleviating, with the contribution of scientific data, the anguished uncertainty of longevity and the afterlife. He hopes that these pages will help to explore the new problems that wave action poses to both biology and metaphysics, and explain the raison d'être of life and the entire universe. He also hopes that from the deepening of these problems will derive new progress in the path now open to the understanding of the very mysterious problem of life.