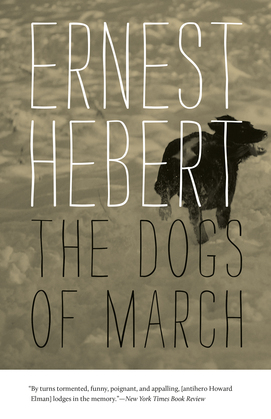 The Darby Chronicles #1
by Ernest Hebert (Author)
Buy for $19.99 Excerpt
warning_amber
One or more licenses for this book have been acquired by your organisation details

His life had come to this: save a few deer from the jaws of dogs. He was a small man sent to perform a small task. Howard Elman is a man whose internal landscape is as disordered as his front yard, where native New Hampshire birches and maples mingle with a bullet-riddled washer, abandoned bathroom fixtures, and several junk cars. Howard, anti-hero of this first novel in Ernest Hebert's highly acclaimed Darby Chronicles, is a man who is tough and tender.

Howard's battle against encroaching change symbolizes the class conflict between Granite Staters and citified immigrants with "college degrees and big bank accounts." Like the winter-weakened deer threatened by the dogs of March—the normally docile house pets whose instincts arouse them to chase and kill for sport—Howard, too, is sorely beset. The seven novels of Hebert's Darby Chronicles cover 35 years in the life of a small New England town as seen through the eyes of three families—the Elmans, the Salmons, and the Jordans—each representing a distinct social class. It all starts with The Dogs of March, cited for excellence in 1980 by the Hemingway Foundation (now the Pen Faulkner Award for Fiction).