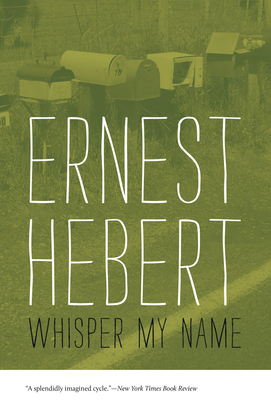 The Darby Chronicles #3
by Ernest Hebert (Author)
Buy for $19.99 Excerpt
warning_amber
One or more licenses for this book have been acquired by your organisation details

The institution of town meeting, the beauty of the landscape, and the enduring qualities of the architecture all give the New England town the power to shape the identity of its inhabitants—in a good way. This premise is put on trial—and to a vote—in Whisper My Name, the third novel in Hebert's Darby Chronicles.

The story unfolds as seen through the eyes of three men: the reporter Roland LaChance, the farmer Avalon Hillary, and the founder of a land trust, Raphael "Reggie" Salmon. Magnus Mall, a national corporation, wants to buy the Hillary farm and transform the property into a mall to serve western New Hampshire and eastern Vermont. The aging Hillary is torn between the traditions of his family and "the thought of the money." LaChance is not only chasing down leads in his reportage on the mall—he's chasing down the story behind his own origins. Along the way he falls in love with Sheila "Soapy" Rayno, an aphasic girl from Darby whose origins are equally mysterious. As usual, the Jordan clan plays a pivotal role in this rousing tale of greed, power, and lust.

This third novel in the Darby Chronicles will appeal to anyone interested in the clash of cultures in small-town America.