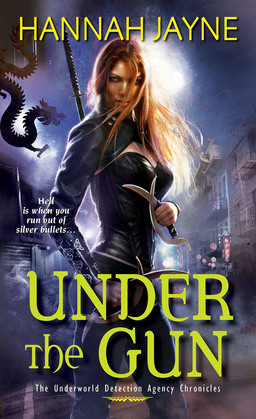 When you're near the top of the Underworld Detection Agency, the claws really come out. . .

Quick thinking and loyalty have taken human Sophie Lawson a long way in the UDA--along with a healthy dose of magic immunity. But when her old boss Pete Sampson asks for help after a mysterious two-year disappearance, she's determined to find out what high-placed demon has put two ruthless werewolf killers on his tail. Of course, sucking up to her icy vampire department head and negotiating a treacherous inter-office demon battle are the kind of workplace politics that could easily get a "breather" way worse than reprimanded. And sexy fallen angel Alex is doing whatever it takes to heat up Sophie's professional cool and raise feelings she's done her best to bury. Too bad their investigation is about to uncover the Agency's darkest secrets. . .and powerful entities happy to sign one inquisitive human's pink slip in blood. . .

"Looking for urban fantasy with an offbeat and wacky sense of humor? Then Jayne has the series for you. It's great fun!" --RT Book Reviews on Under Attack