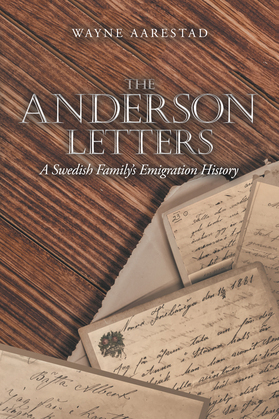 Between 1850 and 1900, over one million Swedes left their homeland for America in an epic wave of humanity. One of the emigrants was a young Swedish farm servant no longer content to exist in the harsh realities of his native country. Determined to fulfill his dream for a different life, Franz Albert Anderson left for America in the spring of 1880, and it was not long before other family members followed.In a compilation of letters discovered in a trunk in a North Dakota farmhouse and later translated by a direct descendent of the Anderson family vividly describes the compelling reasons they left Sweden for the unknown frontiers of America without knowing the language, customs, or practices. While following their dream for freedom, they had few illusions about the hardships they would face. This treasure trove of correspondence documents the emigrants resolve to own and work their own land, an impossible prospect in Sweden at that time. As their fascinating story unfolds, the Anderson family reveals how they followed the dream initiated by a young Swede’s vision of a better life to ultimately achieve great success in a new land.