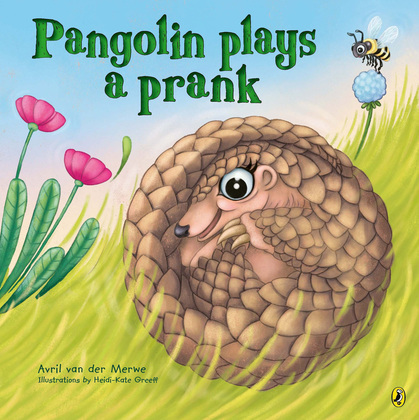 After a night of feasting on termites and ants, Pangolin bumps into Lion as she is returning to her burrow to sleep. Since she is not a fast runner, she has to think quickly to avoid being eaten. Being polite and gentle, she doesn’t want to harm Lion, so she decides to trick him instead. Aided unexpectedly by Dung Beetle, her deception proves successful and Lion soon rushes off to find Pangolin, who has been right under his nose all along. Once he is gone, the other animals come out of hiding and Pangolin learns that, despite being shy and solitary, she has more friends than she ever realised.