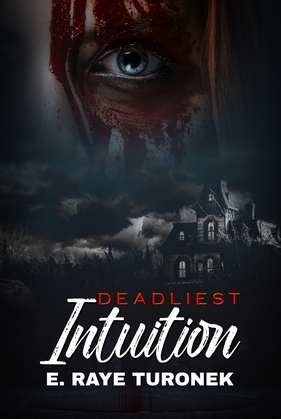 He has one gray eye, the other as dark as the deepest parts of any ocean. The often misunderstood Ronald Doolally lives his life as a single man with few attachments. After the death of his father, he hasn’t a person left in the world. Until he meets Gertrude Liberal, who immediately shows interest in the odd stranger. The outspoken, natural beauty sees his distant demeanor as endearing.

Eventually wearing down his defenses, Gertrude finds a place in his heart against what Ronald would call his better judgment. He once thought of himself as being steered through life by a keen intuition, but that now manifests into something much more sinister.

As Gertrude unearths the Doolally family’s secrets, she begins to question the man she’s found herself entangled with. Who is Ronald, and how does he always seem to read people’s minds? Will Gertrude’s curiosity be her demise, or will Ronald be able to control his innermost thoughts once his secrets are unearthed?