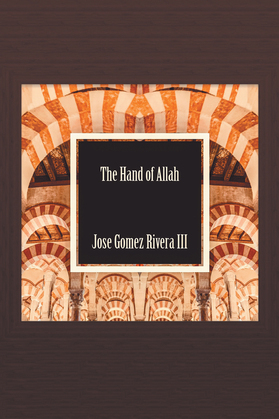 The Hand of Allah

The Hand of Allah is a political thriller/ mystery set in 12th Century Cordoba. It features two of the most brilliant men in history: who were contemporaries: Abu Walid ibn Rushd (Averroes) and Maimonides. Against a conspiracy that threatens to upturn their world and the character of Islam in Spain, these men face a test where the future of Spain is in the balance.“You must accept the truth from whatever source it comes,” Moses Maimonides issued this challenge in his “Guide for the Perplexed,” a work that sought to reconcile Aristotelian methods with Jewish theology. I traveled to Cordoba a few years back to prepare and research this book. Cordoba struck me then as a fascinating city with magnificent history and, often displayed, indescribable beauty, even in the most unexpected of places. In its history, beauty, flowers, achievements and even in its darker history, the city exudes truth for anyone who will look. For example, the Great Mosque is an architectural masterpiece that has few equals in the world, but it has been conquered and reconquered in bloody brutal struggles all in the name of a God, which is essentially and paradoxically the same deity. As I stood before the statues of Averroes and Maimonides in that city, I envisioned this historical novel as a source of truth, not literally (there is much in it that is historical) but there is, a great deal of, my imagination. However, some of the most truthful books that I’ve ever read, Dostoevsky’s The Brothers Karamazov or Pasternak’s Doctor Zhivago are examples of fiction that leads to universal truth. I wouldn’t dare offer my modest little tale to that august company, except that it does seek to portray a greater truth with entertaining fiction—to the extent that my poor abilities can convey it.