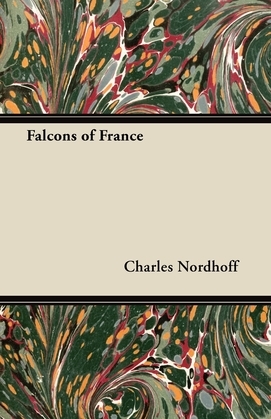 This antiquarian volume contains 'Falcons of France'; a novel about flying, World War I, and contemporary moralities. It was written by two American veterans of the 'Escadrille Lafayette', and contains thrilling tales of aerial battle and life during the war. This is a text that will appeal to anyone with an interest in aviation, and will especially appeal to those interested in aviation in World War I. A great addition to any bookshelf, this is one not to be missed by the discerning collector. The chapters of this book include: 'A Soldier of the Legion', 'Sprouting Wings', 'The School of Combat', 'At the G. D. E.', 'To The Front', 'First Patrol', 'Over the Raid', 'In Pyjamas', 'Still in Pyjamas', 'Silent Night', 'At Lunéville', 'Shot Down', 'The Great Attack', 'Villeneuve', 'July Fifteenth', 'Prisoners of War', 'The Escape', etcetera. We are republishing this vintage book now in an affordable, modern edition - complete with a specially commissioned new introduction.