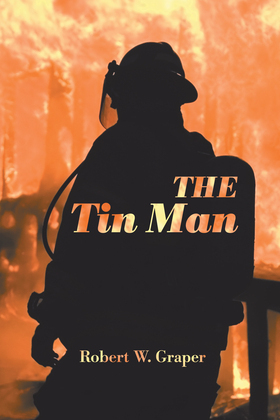 Bob Garver, an instrument engineer, has accepted a transfer from an Ohio chemical plant to help start up a large olefins plant in Texas. As he adapts to the new surroundings, the plant begins to experience unusual fires and an explosion. By chance, he sees a shadowy character (the Tin Man) acting suspiciously before and after the first fire. The fire is considered an accident until additional fires and an explosion make it obvious there is an arsonist loose. Bob works alongside Betty Marcum, the woman police lieutenant assigned to the case. Soon a romantic involvement begins to develop. The investigation leads the police to a high-level manager in the company’s head office who has hired the Tin Man in a scheme to make millions. Because he is the only witness, the Tin Man makes several attempts on Garver’s life, with Bob escaping by the skin of his teeth. A final payoff is used to set a trap, but a high-speed motorcycle lets the Tin Man to escape, allowing him to make a final attempt to murder Bob during his wedding to Betty. This action-packed romantic thriller tests Betty’s police skills, Bob’s analytical talent, and puts their romantic relationship to the test.