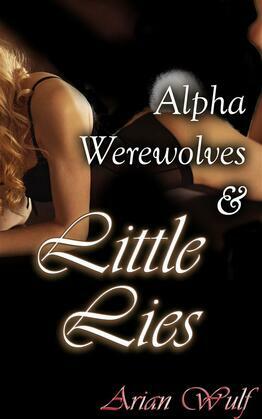 Newly eighteen, Sierra is supposed to be kept hidden until she's old enough to be mated. Instead, she's in the library with no protection at all. Two Werewolves attack the Wererabbit sanctuary and finds her. They convince the terrified wererabbit that in order to keep her safe, they have to mark her and cover her with their scent, and she is naive enough to believe them.

"You're gonna take long?" the werewolf sitting speaks and she hears another wolf moving around the room. She can hear him pulling books off the shelf.

"There aren't many new books this time around," he says and the way he phrases it implies that they break into the library often.

That doesn't make any sense. If they do this often, why hasn't it been reported? She frowns to herself and wishes she had paid more attention to the other wolves when the first broke in here.

"I told you we needed to space this out, Alpha. Raiding their library every other month isn't a good way to get supplies for our pups."

The other wolf makes a low growling noise that makes her terror spike up, her heart beating more rapidly and tail twitching. She wishes she could run, but she knows she can't outrun a wolf, let alone two.

"Put your teeth away, Alpha," the man sitting at the table leans back and stretches his legs out, his boot colliding with her knee. "I'm just saying, we don't need to make this trip so often. The less we do, the lower our chances of getting caught are. We're lucky enough that the librarian hasn't the guts to report us yet."

She moves away quickly, but not quickly enough.

The scent of terror fills the air and she wishes she could take it back some way, but she knows it's impossible. She whimpers, clenching her eyes shut.

"You smell that?" The one sitting asks, shifting in the chair. He sits up finally, and stands completely. She can hear him sniffing the air.

"Shh," the other growls and she wishes her heart could beat softer, that she could stop it from beating altogether. It's loud even to her own ears, thumping in her drums.

She can hear the other moving closer, inching towards her.

The table cloth is ripped back and she's revealed to a huge werewolf with piercing blue eyes.