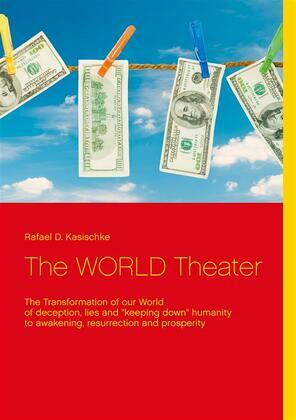 The world is a theater. This was not only known to Johann Wolfgang Goethe. Today, due to Corona, it has also reached many people. They see the world as a great theater. In this theater play, not the virus plays the biggest role but money. Because the virus devoured a lot of money. However, people no longer want to give importance to this new play. They have finally awakened from their deep slumber. Rafael describes a world that is facing a major change - not only the world, but each of us humans. And with the change, a new awareness of money comes to us. We realize that we are the creators of our money and our lives. Let yourself be taken into the depths of Rafael's wisdom as well as his optimism for the new generation and the new world. The focus of his attention is supporting them. The old world is coming to an end. The new world is already born.